We took a trip last week to Alabama to visit Sir Wes’s family.  Very often when one goes home to the place they grew up, to a mom that cooked every Sunday thru Saturday for them thru their childhood, one would expect to get some of that home cooking.  In fact, we did get a belly full of a southern mother prepared feast, but did miss one key, controversial dessert- The Farm Berry Southern Cobbler.

Thru our years of marriage, Sir Wes has talked and talked about the cobblers that were made every weekend by his Mom or one of her 4 sisters.  He stated,  “there is not a better dessert then the Farm Berry Southern Cobbler that my Mom and my Aunts made”.   And after these years of marriage, on our many trips to his mother’s home, I would have hoped to try it.  Turns out, it isn’t that simple.

We go to the his Aunt Alice’s, the family farm as I call it, and pick the blueberries from the trees.  I am always sure to pick enough to bring back to Florida with us to put in the freezer.   Then either his mom or Sir Wes would get to making this family heirloom recipe.  And then we would sit and wonder what went wrong.  I think they are cursed.

This last visit, I sat his mom down and asked her to tell me the recipe; she even consulted with her sister to double check.   I knew that Wes’s failure could be attributed to the fact that he ignores directions and amounts when following recipes and does what he wants, but his mom is such a fabulous cook so I wasn’t sure where her mishaps came from.

Here are my notes:

Preheat your oven to 350.  Melt the stick of butter in the baking dish over the stove, I used about a 10”cast iron skillet as any proper southerner would.  While the butter melts combine the flour, sugar and milk in a mixing bowl and whip until smooth.  Once the butter is melted pour the batter into the baking dish and gently whisk until the butter is mixed to the batter.  Spread the berries into the dish, over the batter.   Bake for 35-45 minutes, until the top is golden brown.

Serves 8-10 friends.  Add a scoop of whip cream or vanilla ice cream, (Blue Bell of course is the best choice) to top it off.  You can substitute your favorite fruit, or whatever is in season also- peaches, pears, apples.

As it turns out cobbler is controversial thru America, not just in Sir Wes’s family.  It’s one of those desserts that is so forgiving (minus our previously stated cobbler debacles), there came to be a ton of recipes and versions all with different names. 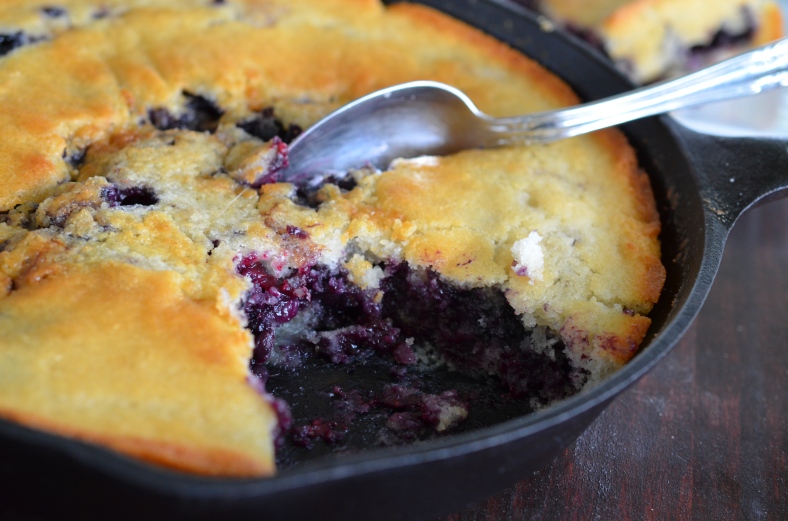 The Huffington Post published an article last year that cleared it all up for us- they wrote, “There seems to be some confusion over our baked goods, everyone. Tell the truth: if we asked you to tell us the difference between a crumble, cobbler, crisp, grunt, slump, buckle or brown Betty (without Googling it), could you tell us? Until we started working on this article, we definitely wouldn’t have been able to swing it.”

Honestly, I have never heard of a “grunt” or a “slump” before reading this.  And I feel like they missed the kind that I see the most- a batter based cobbler. 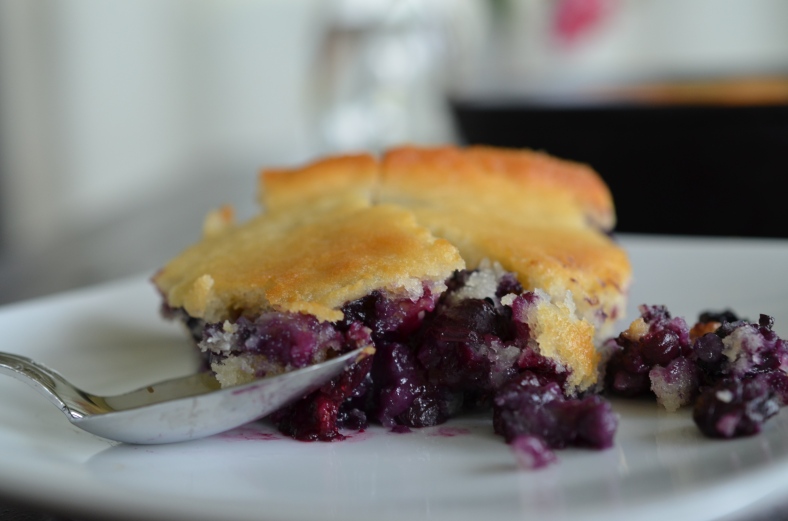 After trying the recipe I jotted down from his mom, I still am left wondering what went wrong.  The recipe was perfectly told, easy to follow and simple to make.    However, I am happy to say in true southern form, that Farm Berry Cobbler was blessedly dee-licous!

Little Bit About Me

Top Ranked Day Dreamer, Disney Parks Catering, Chef, Creative Developer, Amateur Photographer. I am a wife, a daughter, a sister, a step-mother, an aunt too! We live in Florida and am lucky enough to work at the most magical place on earth!